The RAeS Bristol lectures welcome all interested members and nonmembers. Reservations are not required (except for the Barnwell Lecture & Dinner) but attendance indication is encouraged using the Lecture Attendance Form (link below). 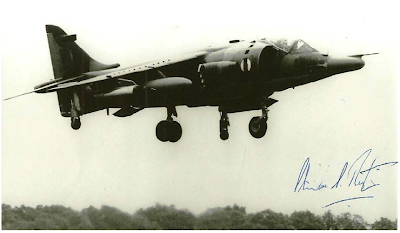 Former British Test Pilot Clive Rustin will illustrate his 55 years of flying experience. Following several years as a test pilot with the Aerodynamics Research Flight at RAE Bedford supporting early flight research on a multitude of aircraft types, including SC1, P1127, Kestrel, Avro 707, FD2, Vulcan and the HP115 and BAC221 slender delta Concorde research aircraft. As CO of the Fighter & Training Test Squadron at the A & AEE at Boscombe Down, Clive was responsible for the service clearance programmes & release to service for all fast jet & training aircraft for the RAF, Royal Navy & the Army including: Harrier, Jaguar, Tornado, Phantom, Buccaneer and Hawk plus basic evaluations of other aircraft such as the Saab Viggen. This lecture will see Clive reflect on many of his experiences flying over 160 aircraft types, including his post RAF involvement in airships and participation on the display circuit in a variety of old warbirds such s the Venom, Vampire, Hunter & Spitfire.