The RAeS Bristol lectures welcome all interested members and non-members for this joint event with RGS-IBG. Reservations are not required (except for the Barnwell Lecture & Dinner) but attendance indication is encouraged using the Lecture Attendance Form below (Registration will be opened following the December lecture). 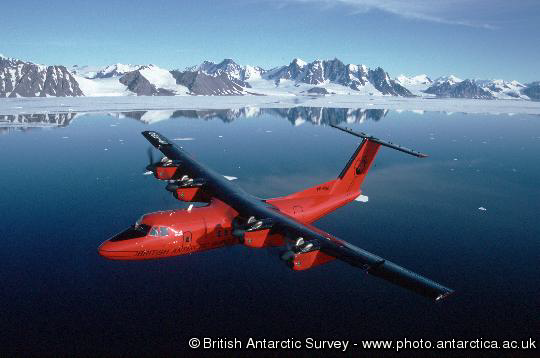 The British Antarctic Survey (BAS) operates a DASH 7 and 4 Twin Otters in support of the UK Polar Research. Traditionally this has been focussed on the Antarctic but the science demands are now extending to the Arctic. The talk will explore the difficulties experienced in these challenging Polar environments both from an operational, engineering and research perspective. The speaker has a broad perspective of work for BAS with his first employment as a wintering scientist in 1989. He has since conducted research in both the Arctic and Antarctic and was responsible for delivering the UK Research Programme, in Antarctica, for 9 years. Before the current role, he managed the change of operation from Private to the Complex/Business category (Part 125).

The RAeS Bristol Branch looks forward to welcoming you to our January lecture.
Posted by info@raesbristol.org.uk at 8:23 pm